In addition to our general article on the Supervisory Board (hereinafter ‘SB’), we would also like to focus on the role of the SB in times of crisis. In times of crisis, safeguarding the continuity of the company is more important than ever, so that important considerations must be made. In particular with regard to the company’s reserves and the various interests of the သက်ဆိုင်သူများ involved. Is a more intensive role of the SB justified or even required in this case? This is specifically important in the current circumstances with COVID-19, because this crisis has a major impact on the continuity of the company and this is the goal that the board and the SB should ensure. In this article, we explain how this works in times of crisis such as the current corona crisis. This includes times of crisis affecting society as a whole, as well as critical times for the company itself (e.g. financial problems and takeovers). 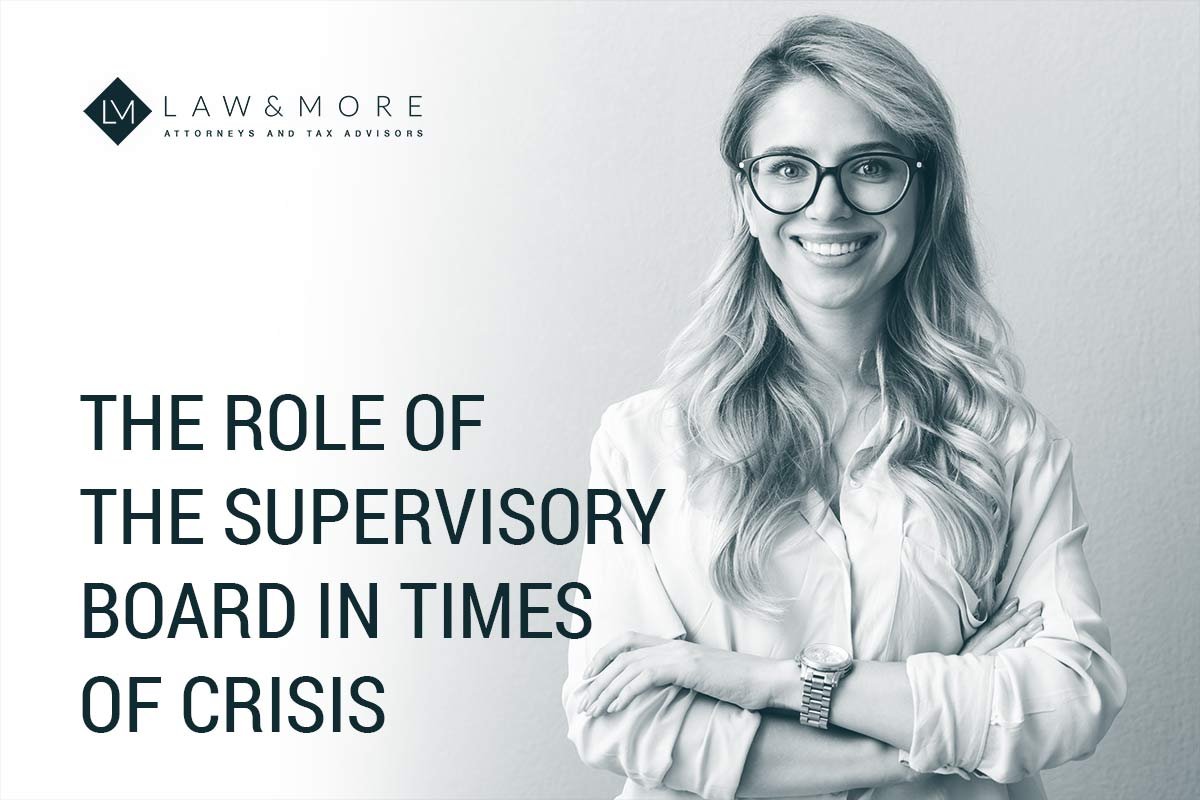 Statutory duty of the Supervisory Board

Further specification of the enhanced role of the SB

In the literature and case law, the situations in which supervision must be exercised have been elaborated. The supervisory task mainly concerns: the functioning of the management board, the company’s strategy, the financial situation, the risk policy and လိုက်နာခြင်း with legislation. In addition, the literature provides some special circumstances that may occur in times of crisis when such supervision and advice may be intensified, for example:

But what does this enhanced supervision entail? It is clear that the role of the SB must go beyond merely ratifying the management’s policy after the event. Supervision is closely linked to advice: when the SB supervises the long-term strategy and policy plan of the management, it soon comes to giving advice. In this respect, a more progressive role is also reserved for the SB, because advice does not only need to be given when the management requests it. Especially in times of crisis, it is extremely important to stay on top of things. This may involve checking whether the policy and strategy are in line with the current and future financial situation and legal regulations, critically examining the desirability of restructuring and giving the necessary advice. Finally, it is also important to use your own moral compass and especially to see the human aspects beyond the financial aspects and risks. The company’s social policy plays an important role here, because not only the company but also the customers, employees, competition, suppliers and perhaps the whole of society may be affected by the crisis.

The limits of enhanced surveillance

Based on the above, it is clear that in times of crisis a more intensive role of the SB can be expected. However, what are the minimum and maximum limits? It is, after all, important that the SB assumes the right level of responsibility, but is there a limit to this? May the SB also manage the company, for example, or is there still a strict separation of duties whereby only the management board is responsible for managing the company, as is apparent from the Dutch Civil Code? This section provides examples of how things should and should not be done, based on a number of proceedings before the Enterprise Chamber.

In order to give some examples of how a SB should not function, we will first mention some examples from the well-known OGEM case. This case concerned a bankrupt energy and construction company, where the shareholders in an inquiry procedure asked the Enterprise Chamber whether there were grounds to doubt the proper management of the company. This was confirmed by the Enterprise Chamber:

“In this connection, the Enterprise Chamber has assumed as an established fact that the supervisory board, despite signals which reached it in various forms and which should have given it cause to ask for further information, did not develop any initiative in this respect and did not intervene. Because of this omission, according to the Enterprise Chamber, a decision-making process was able to take place within Ogem, which resulted in considerable losses annually, which ultimately amounted to at least Fl. 200 million, which is a careless way of acting.

With this opinion, the Enterprise Chamber expressed the fact that with regard to the development of construction projects within Ogem, numerous decisions were taken အဆိုပါအရာအတွက် supervisory board of Ogem did not or did not properly fulfil its supervisory role, while these decisions, in view of the losses to which these construction projects led, were of very great importance to Ogem။ "

Another example of mismanagement by the SB in times of crisis is the Laurus case. This case involved a supermarket chain in a reorganisation process (‘Operation Greenland’) in which approximately 800 shops were to be operated under a single formula. The financing of this process was predominantly external, but it was expected that it would succeed with a sale of non-core activities. However, this did not go as planned and due to one tragedy after another, the company had to be sold after a virtual bankruptcy. According to the Enterprise Chamber the SB should have been more active because it was an ambitious and risky project. For example, they had appointed a chairman of the main board without လက်လီ experience, should have scheduled control moments for the implementation of the business plan and should have applied stricter supervision because it was not the mere continuation of a steady policy.

In this case, the Enterprise Chamber ruled that the SB’s actions were too far removed from the duties of management. Since Eneco’s shareholders covenant stated that there should be cooperation between the SB, the Board of Management and the shareholders on the sale of shares, the SB should not have been allowed to decide on this matter so independently.

This case therefore shows the other side of the spectrum: a reproach is not only about passivity but can also be about assuming a too active (managerial) role. Which active role is permissible in circumstances of crisis? This is discussed in the following case.

This case concerns the acquisition of Telegraaf Media Groep NV (hereinafter ‘TMG’), a well-known media company focusing on news, sports and entertainment. There were two candidates for the takeover: Talpa and a consortium of VPE and Mediahuis. The takeover process was rather slow with insufficient information. The board focused mainly on Talpa, which was at odds with maximising shareholder value by creating a level playing field. Shareholders complained about this to the SB, which passed these complaints on to the Management Board.

Eventually, a strategic committee was formed by the board and the chairman of the SB to conduct further negotiations. The chairman had a casting vote and decided to negotiate with the consortium, as it was unlikely that Talpa would become a majority shareholder. The board refused to sign a merger protocol and was therefore dismissed by the SB. Instead of the board, the SB signs the protocol.

Talpa did not agree with the result of the takeover and went to the Enterprise Chamber to investigate the policy of the SB. In the opinion of the OR, the actions of the SB were justified. It was particularly important that the consortium would probably remain the majority shareholder and the choice was therefore understandable. The Enterprise Chamber acknowledged that the SB had lost patience with the management. The board’s refusal to sign the merger protocol was not in the interest of the company because of the tensions that had arisen within the TMG group. Because the SB had continued to communicate well with the management, it did not exceed its task to serve the interest of the company.

After the discussion of this last case, the conclusion can be drawn that not only the management board, but also the SB can play a decisive role in times of crisis. Although there is no specific case law on the COVID-19 pandemic, it can be concluded on the basis of the above-mentioned judgments that the SB is required to play a more than a reviewing role as soon as the circumstances fall outside the scope of normal business operations (OGEM & Laurus). The SB may even assume a decisive role if the company’s interests are at risk, as long as this is done in cooperation with the management board as much as possible, which follows from a comparison between Eneco နှင့် TMG.

Do you have any questions about the role of the Supervisory Board in times of crisis? Then please contact Law & More. Our lawyers are highly skilled in the field of corporate law and are always ready to assist you.